Beth Plemmons, CEO of the U.S. Capitol Visitor Center, gave a warm welcome to the audience gathered in the South Orientation Theater and noted the productive program partnerships developed between the U.S. Capitol Visitor Center and the United States Capitol Historical Society in recent years. Following her remarks, Jane L. Campbell, President/CEO of USCHS, thanked guests for marking Constitution Day with such a meaningful program and recognized the myriad partners and individuals involved in producing the “Fostering Informed Citizenship” event. Ms. Campbell also dedicated the evening’s proceedings to the memory of legendary journalist and author Cokie Roberts. Roberts, a longtime active member of the USCHS Board of Trustees, was a dedicated champion of historical scholarship and civic engagement.

Soraya Gage, VP of Education and General Manager of NBC News Learn, then spoke on working with the Society to produce a series of videos concerning informed citizenship. These short films feature the USCHS We the People Constitution Tour™, which educates D.C. students about the Constitution by visiting the sites represented by its first three articles. In these videos, produced by NBC News Learn, viewers join a group of students and their teacher as they learn from an array of experts that include scholars, educators and Members of Congress. Teachers and students can access this learning tool through the USCHS website.

NBC News White House Correspondent Kristen Welker introduced an expert panel that spoke about the current state of civic knowledge, its impact on civic engagement and suggested resources and strategies to increase understanding of the legislative process. Ms. Alysha Butler of McKinley Technology High School – 2019 Gilder Lehrman National History Teacher of the Year – highlighted the importance of expanding “the narrative of our Constitution” to include minorities and other missing voices. Panelist Carroll Doherty of the Pew Research Center commented on the tension and excitement surrounding the 2020 election as an event that “has, for better or worse, engaged the American people.” Other panelists included Dr. Denver Brunsman of George Washington University and Dr. Tim Haglund of the Ashbrook Center; their comments helped define what it means to be “We the People.”

Ms. Campbell concluded the night by presenting panelists and moderator Kristen Welker with ornaments crafted from Capitol marble and thanked those that attended. Guests of the evening included Members of Congress and Congressional staff, representatives from the Architect of the Capitol, the U.S. Capitol Visitor Center, Children’s Concierge, the National Archives and Records Administration, the National Park Service, Restaurant Associates, USA Guided Tours, the White House Historical Association, the White House Visitor Center, and USCHS members.

C-SPAN was on hand to record the program; it will air on Saturday, October 5th at 8:55pm eastern on C-SPAN3. After that time, the recording can be seen here.

This program was made possible thanks to Comcast NBC Universal. 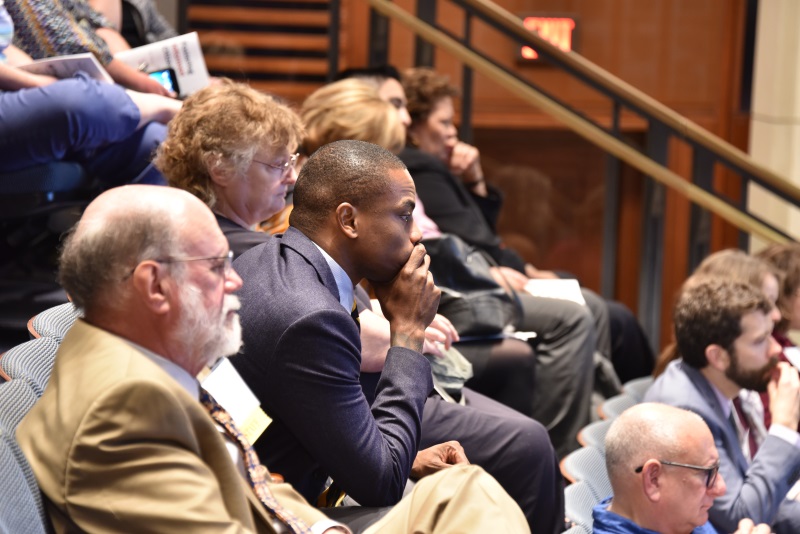